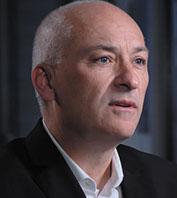 Daniel is the CEO and Deputy Minister for the Métis Nation BC. Prior to joining Metis Nation BC, Daniel served as CEO of the BC Care Providers Association (BCCPA) for six years. BCCPA has represented long term care, assisted living and home care providers across the province for over 40 years.

In January 2020, Daniel was one of the first health care leaders in BC to warn public health officials about the potential impact of COVID-19 on long term care residents. He worked closely with the BC government on the provincial long term care response during the first wave.

Daniel is a former weekly civic affairs columnist, political commentator and Chief of Staff for the Mayor of Vancouver.  In 2012, Daniel was awarded the Queen’s Diamond Jubilee Medal for public service.

Click HERE to return to the Crisis in Care page